The first tea bushes appeared in Western Georgia in 1847, and since then tea production has played a significant, yet widely unknown, role in Georgia’s history. The humid and subtropical climate of Western Georgia in the regions of Guria, Samegrelo, Adjara, Imereti and Abkhazia are ideal for harvesting tea, and this was a fact eventually recognized by businessmen outside Georgia. With a commission to produce tea in the country, Lao Jin Jao, an experienced tea farmer, arrived from China in 1893. By 1900, the tea he was producing was world-class in quality, winning the gold medal at the Paris World Expo, a competition in which all countries producing tea (apart from China) participated. Since that peak, the history of tea in Georgia has been tumultuous, moving from the emphasis on quality to over-production and exploitation, and finally to practical abandonment. But all is not lost and the tea industry is on the cusp of revival… 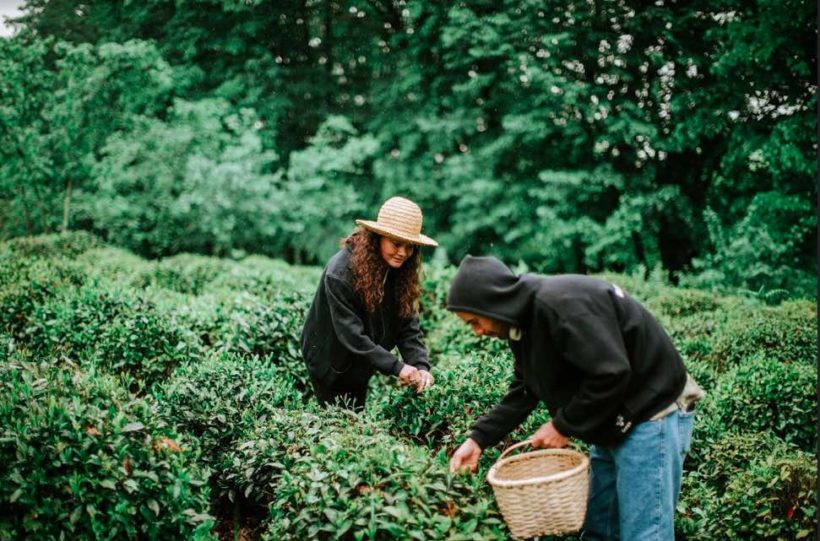 THE GEORGIAN TEA INDUSTRY IN SOVIET TIMES AND TODAY

In the early 1920s, Georgia’s new status as a Soviet Socialist Republic led to the government taking an active role in the development and exploitation of the tea industry. The volume of tea produced was ratcheted up, and by mid-1900s Georgia was a leading producer of tea within the USSR, providing approximately 95% of the produce distributed across the Soviet Union. High production yields came at a high cost: the compromise of quality. Traditional hand plucking methodology that emerged in the 1890s was replaced by mass mechanical harvesting. The harvested quantity peaked in 1985 at 152,000 tons, a colossal volume of production compared to the 1,800 tons produced today.

Between the fall of the Soviet Union and recent years, the tea sector in Georgia practically collapsed for both political and politico-economic reasons. With the fall of the USSR, the government could no longer play a supervisory and organizational role in tea production. Neither was it fit for the task of helping re-orient the Georgian tea industry to new markets. The war of 1993-1995 in Abkhazia, a key tea-harvesting region in the northwestern corner of Georgia, also led to plummeting production levels, and, many of the abandoned tea factories were robbed, with their capital exported out of the country (mostly as scrap metal).

Due to financial constraints and the lack of necessary resources to rehabilitate overgrown plantations, the amount of land fit for harvesting tea also plummeted as farmers replanted with nuts and other crops. According to Tengiz Svanidze from the Tea Producers’ Association of Georgia, approximately 20,000 hectares of land were still suitable for tea harvesting in 2013; in May 2015 this quantity was halved to about 10,000 available hectares. Compare this to the 67 thousand hectares under tea plantations in the 1980s, and one sees the extent to which this sector has shrunk. Disorganization has led to practical abandonment, and the main challenge nowadays is to keep intact whatever knowledge and capital still remain.

The glorious past of the Georgian tea industry suggests that reviving the tea sector could bring huge economic and social benefits to Western Georgia’s rural communities. It could be key to alleviating rural poverty by providing families with steady jobs and income generation opportunities. The art and science of tea production would continue to be passed down from generation to generation, keeping intact Georgia’s social and cultural uniqueness.

The relatively low risk of tea due to its ability to withstand relatively severe weather conditions is an additional benefit, safeguarding farmers against bad harvests. Moreover, high quality teas that can be produced in Georgia can be competitive on world markets. According to the Ministry of Agriculture and private stakeholders, Georgian tea could fill the niche market of bio-clean produce that is in demand in advanced economies.

Georgia is one of the northern-most tea harvesting regions in the world. Perhaps surprisingly for some, cool weather conditions at night and during winter months serve as protection against diseases – greatly reducing the need for pesticides. At least for the time being, Georgian tea is ecologically clean also because Georgian farmers rarely use (expensive and difficult to access) herbicides. 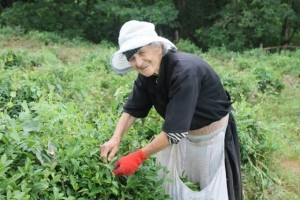 With the support of the United Nations Development Program (UNDP), municipal governments in Ajara and Guria, the National Tourism Agency, the governments of Switzerland and Austria, and other partners, a Tea Route has been established in western Georgia.

The route, modeled after similar routes in other countries and the successful wine routes that crisscross eastern Georgia, is meant to help visitors learn about Georgia’s tradition of tea production and better access some of the best quality tea currently being grown. There is also potential for the route to increase tourism in some of western Georgia’s more rural areas, providing income opportunities for local populations.

“The newly established Tea Route in western Georgia creates new touristic and developmental opportunities for mountainous Guria, one of the poorest regions in Georgia. UNDP and the governments of Switzerland and Austria assist local municipalities team up with business and communities to unlock this rich potential.”

In recent years, the Government of Georgia has taken steps to revive the nearly dead tea industry. In 2016, the Georgian Ministry of Agriculture initiated the ‘Georgian Tea’ program to restore abandoned tea plantations. As part of the program, participants receive financial support to bring plantations up to international standards for export.

“Georgia has a rich history of tea production,” Louisa Vinton, UNDP Head in Georgia, said at the festival. “Reviving this tradition in Guria is bringing benefits both to tea producers and to businesses catering to tourists keen to experience authentic local culture. Given Georgia’s diversity of local identities, this is a dual approach that the UNDP is confident can be replicated across the country.”

Given the extent to which the art of harvesting tea is cherished and respected in Western Georgia, it is great to see the Georgian government clearly realizing its need to play a role in deciding the future of the sector. It is also nice in this hot weather to see Gurian tea being offered as an ice-tea alternative to imported versions. Where.ge says #GoLocal and enjoy a Tea Route as well as the wine!