where to go
where to stay
where to eat
where to drink
where to buy
THE AMAZING CARLA SERENA: PIONEER SOLO WOMAN TRAVELER IN GEORGIA, 1875-1881

Since April 1991, when Georgia regained her independence, the nation has been attracting an ever-increasing number of visitors. At first, not too many facilities existed to welcome tourists, though now, in most parts of the country, they enjoy excellent services. But any early visitor who might think, “Well, I was a pioneer: when I came in the 1990s, the going was tough,” would do well to consider Madame Carla Serena and her extraordinary solo travels on horseback throughout Georgia, from Abkhazia through the heartlands to Kakheti and beyond, between 1875-1881. She could truly claim to be a pioneer who roughed it, and her detailed, colorful and analytic travel narrative, lavishly illustrated with woodcuts based on excellent photographs, fully reflects her extraordinary capabilities and achievement. Moreover, any deeper exploration of her little-known life reveals even greater qualities.

Who was Carla Serena? And why doesn’t she immediately spring to mind? Part of the answer is that ironically such was her background and life that no one nation has done anything significant to lay claim to her or to promote her achievements. She was born in 1824, in Antwerp, Belgium, as Caroline Hartog Morgensthein. In 1847, she married Leone Serena, a wealthy Venetian shipping-broker, taking on the name Carla Serena. In 1849, the ruling Austrian government exiled the Serenas for pro-independence activities, and after sojourning in Marseille, Paris, and Belgium, they settled in London, actively maintaining their Italian ties through the curiously named “Société anti-etiquette,” a salon that Carla hosted in her home. Some 25 years of domestic life followed, during the early years of which, between 1850 and 1858, Carla gave birth to two sons and three daughters. She also sent news articles to Le Précurseur, a newspaper published in Antwerp. In 1873, the paper sent Carla, now 54 with five children still at home, to Vienna, for the Universal Exposition being held to celebrate “culture and education.” 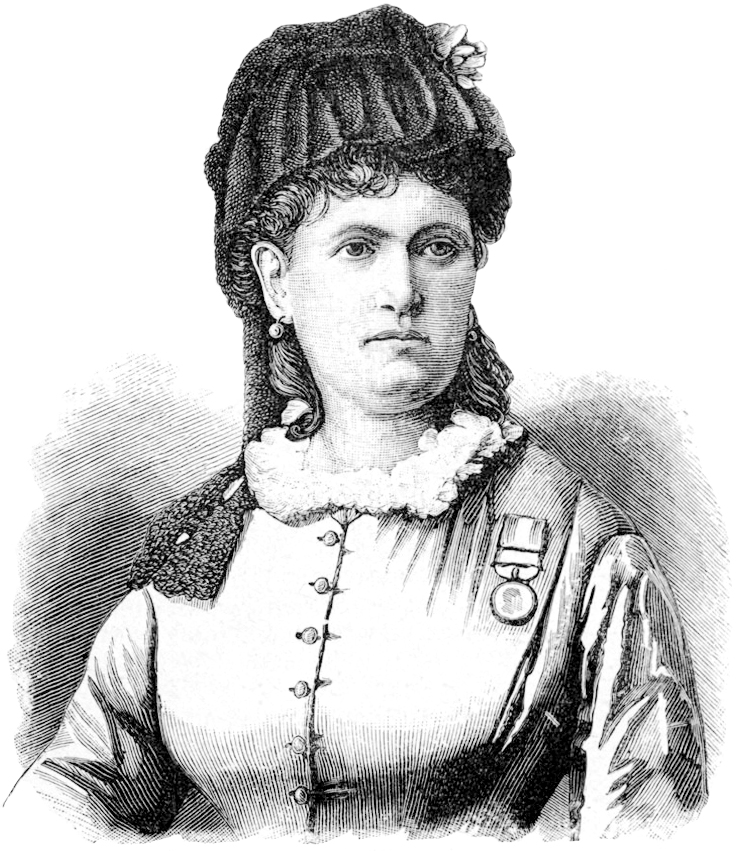 Carla added to her assignment by setting off on extensive travels that took her to Sweden and Russia and thereafter as far south and east as Turkey and Syria. In late November 1875, Carla was in Constantinople – and decided to return to England via the Black Sea, Georgia, and Russia, hoping to arrive for New Year, 1875. The plan proved to be hugely over-optimistic – and, indeed, she revised her plans, focusing upon a lengthy exploration of Georgia.

Even a brief summary of her travels reflects her fortitude and achievement. She landed at Poti in January 1875, went to Tbilisi, and then on to Imereti, with a stay in Kutaisi. Then to Mingrelia, with a stay in Zugdidi, and on to Samurzakano and Abkhazia. Carla’s reportage lacks a clear chronological spine, but late in 1876 she appears to have gone by sea from Sukhumi to Yalta and the Crimea. Thereafter (and again she provides no chronology), she traveled via Simferopol, Rostov and Vladikavkaz to re-enter Georgia via the Darial Gorge. She then went down the Georgian Military Highway to Tbilisi. She reports being in Tbilisi in January 1877, preparing to leave for Kakheti. After three months of travel throughout Kakheti, she returned to Tbilisi. She then sojourned in Persia for the worst of the Russo-Turkish War of 1877-78, before accepting an invitation to visit Guria, returning via Gori, Borjomi and Akhaltsikhe to arrive in Tbilisi in October or November 1881. She then went on to Persia and subsequently to Greece, where, at the age of 60, she contracted an illness and died. Unfortunately, Carla was a more efficient traveler than chronologist and attempts to reconstruct her timeline pose problems.

To recognize Carla primarily as an adventurous, capable, and imaginative solo traveler in an age when such women were extremely few would be to greatly undervalue her. Even official male visitors ran into delays and problems when on the road. But not only did Carla successfully navigate the problems of securing guides and horses in remote areas but she also managed to compile the material from which she derived her first-class travel narratives; accounts that exhibit much sensitivity to location and scenery and much insight into differing peoples, their customs and ways of living. Nor does her value end here: she photographed numerous sites, buildings and people, creating a valuable record of Georgia in the very early years of photography, when the Georgian pioneer photographers Ermakov and Roinashvili were making their names. As no practical process yet existed for the printing of photographs at intervals within texts, Carla ensured that her publisher (the French geographic magazine Le Tour du Monde) had many photos carefully engraved as woodblock or copperplate images that could be included within blocks of text. (Le Tour du Monde published Carla’s 11 Georgian travel narratives between 1880 and 1884; all 11 appear in English in Narikala Publications, Inc.’s 2015 publication Excursions in the Caucasus.)

Nor does the cornucopia stop with the travel articles; Carla also wrote books, and in their differing levels and types of content she demonstrates her own clear and skillful differentiation of her readerships. In her two-volume memoir Mon Voyage: Souvenirs personnels: Vol. I De la Baltique à la Mer Caspienne and Vol. II Une européenne en Perse (both published in Paris in 1881), Carla decided to write a “popular” narrative and adopted an engaging personal tone and expresses her emotions and feelings; the reader “joins” her in her joys and sorrows. She also juxtaposes East and West and comments on underlying differences to a greater extent than in her Le Tour du Monde travel narratives, which comment on peoples and places rather than indulging in East-West comparisons. But Carla has other intellectual qualities to display. She wrote two substantial additional books, Seule dans les steppes. Épisodes de mon voyage aux pays des Kalmoucks et des Kirghiz (1883) and Hommes et choses en Perse (1883). In these works, Carla does not abandon establishing a direct personal rapport with her readers, but does offer them scientific and ethnographic comments in greater quantity than in her other works.

It is difficult to understand how Carla could be such a productive writer when she spent so much time in the field. But the record shows that despite her protracted journeys Carla remained connected to the European intellectual community, maintaining memberships in the German, Spanish and French national geographic societies. She also received a solid measure of recognition in 1882, when King Umberto I of Italy awarded her a specially struck gold medal. Clearly, Carla did not choose to be a public figure, active on the lecture circuit and appearing in Europe and America’s major city. It is also difficult to understand why Carla is not better known; why her works (other than the Le Tour du Monde articles) have not been translated and reissued. It might be that her frequent changes of abode (born in Belgium, raised in France, married in Venice, settled in London) and a decade traveling in the little-visited Caucasus and the near-unknown Kalmouck and Kirghiz steppes and the interior of Persia. Very few libraries indeed hold any of her four books, and it appears that only volume I of Mon Voyage, Souvenirs personnels is available in print-on-demand.

Perhaps there is a hidden clue in Carla’s naming of her London salon: Le Société anti-etiquette. Is there a hint of both socializing and also breaking the rules, doing the unexpected? Overall, we know tantalizingly little about Carla. Indeed, both Daniela Pizzagalli’s biography Il viaggio del destino. Carla Serena da Venezia al Caucaso (2006) and Daniele Artoni’s monograph Carla Serena (1824-1884): A Solo Western European Woman Traveller and Her Multifaceted Easts indicate a focus on travel. Neither title offers any promise of information or details about Carla’s personal and family life, and neither text offers very much at all on these areas. To date, no cache of diaries or letters has come to light. There appears to be no records of correspondence between Carla and her husband Leone, and none of the five children, of whom the youngest was 26 at the time of her mother’s death, appear to have left any diaries or accounts of their mother or their responses to her long absences.

Much else remains hidden, including any significant information on Carla’s finances, though it is clear that her husband was wealthy. Carla’s chosen routes are worth pondering; she was almost always in nations or regions where geopolitics were in play, particularly when she was in Georgia, Persia and Russia in 1877-1878. We can only deduce that she had good official connections. But despite all the mysteries, we can be thankful for having Carla’s excellent Le Tour du Monde pieces, collected and translated as Excursions in the Caucasus, 1875-1881.

Readers of this article may be interested to know that Excursions in the Caucasus, 1875-1881 can be purchased from Prospero’s Bookshop, 34 Rustaveli Avenue, from Central Books London, or from Narikala Publications, New York.